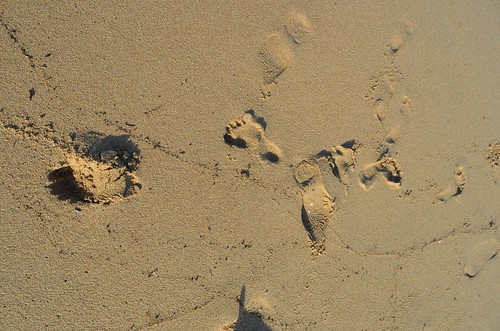 Agatha walks Flinders island, her grey hair wrapped in a bun and her footsteps purposeful and free.  Dagmar lives in the city with a room full of collectable dolls and makes delicious cups of tea.  Both are amongst the aunties of my childhood, as my mother’s sisters were unknown.

Dagmar was a dress shop owner who made cucumber sandwiches for feast.   Many Ayyam-i-ha celebrations she gave packages of dresses to my mother for me.

I loved those dresses as they were so unique.  Each one had its own personality.  One was my Heidi dress.  I liked that when I spun in it the circle skirt twirled; it seemed to be made for dance.  Another dress was very long and had a checked pattern and ruffles on the sleeves.  It made me feel like I could time travel, like in the time travel books I was into reading at the time.

Another dress was pink and brown and the colours suited me well.  These dresses became the dresses I wore to special Baha’i meetings.  Most of my clothes were hand-me-downs but these were special and new.  I am not sure if she gave them to other children, but I do know that she gave them to me.

Agatha gave my family a holiday by the sea.  We walked from a beach house she lived in and drew enormous pictures in the sand.  She had pet corgi dogs, who went with her everywhere and who ‘talked ‘to everyone.  I am not sure if she took them to Flinders island when she went to live there.   My parents said she was a terrible driver, but they still let her drive us to camps when they couldn’t afford to go.  She was our guardian whilst we went to them and learnt about peace, justice and love.   Later on the island she was an aunty and grandmother to many.  She took on caring of young ones when mothers and fathers needed breaks.

Both women were without large families, and later I met Agatha’s son (I am not sure if she had other who children) who was friendly and as unique as her.  Dagmar had one friend she lived with for many years who in her elderly years went to live with family.

Both women always seemed to speak their mind, and yet they didn’t judge but seemed to care for others from all over the world.

Dagmar was a fixture in our local Baha’i community in Launceston and when I returned for a poetry festival there it was her I stayed with, rather than my immediate family.

We had a long chat whilst I was staying at her house.  She was proud of the person I had grown up to be.  She remembered how difficult my childhood had sometimes been and let me know she had actually offered to have me come live with her, but everyone else had felt I would sort it out with my family and should remain there for the sake of unity.

Dagmar sent blankets when my first child was born.  I still have them in a glory box for him when he has a child one day.  I was a terrible correspondent and didn’t send that many letters to Dagmar, but her kind actions will forever remain in my heart and she must’ve heard of my new born child through my mother.  As for Agatha many years later she wrote me a letter, saying how proud of me she was and asking if I remembered her.  She wondered if I could go on a visit to King Island.  Sadly, I was unable to go.

Now I pay tribute to these two women who were the aunties of my childhood – and wish I could have given them a little more of my time whilst they still walked this earth.

Writer, photographer, lover of unity in diversity in thought and humanity - poet by nature, world citizen View all posts by June

4 thoughts on “Islands and Dolls – the Aunties of my childhood”